What are these amazing things? Oh they are Reagents!

So today I wanted to discuss the importance of Reagents!
Ah those wonderful reagents most think of them as nothing more then way to get those crafting badges but my friends these ingredients which can be found all over The Spiral are more useful than you think.
Take for example those very cool looking Pedestals in Firecat Alley OMG you are thinking I must get those what creature drops these? Well sorry to disappoint but no creature or boss drops that pedestal known as a Carved Stone Pedestal. It can only be crafted and what do you need to craft it? What's that you say Maximus my Minotaur? Yes crafting items requires Reagents! you are most certainly correct.
See my friends we have already found a useful think for Reagents outside those tedious quests for the Badges.
Another useful thing for those fantastic reagents is you can craft Athames,Rings,Hats,Robes,Shoes,and pets Oops my bad you can't craft pets with reagents that is just wrong.
See fellow wizards you can craft almost anything. 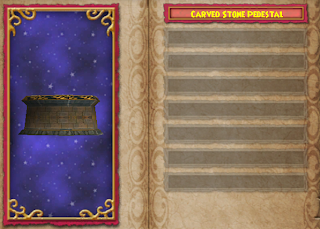 But Mr. Ravensinger how do you find reagents?
Reagents can be found everywhere in The Spiral you just have to keep an eye out for them and remember some reagents are found only in certain worlds for example the rare Black Lotus is only found in certain areas of Mooshu unless you can transmute Black lotus. 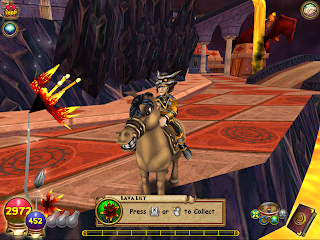 Mr.Ravensinger how do you transmute?
You transmute by buying the recipe and using the appropriate ingredients you can buy Transmute recipes from recipe vendors and remember before you can craft anything you'll need to buy the recipe. 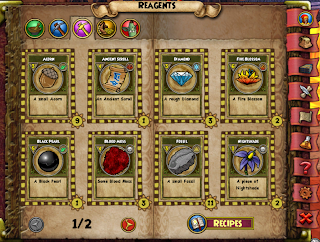 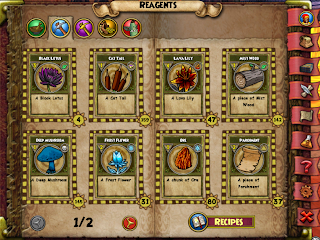 Now to conclude this you might wonder about rarities of reagents and unfortunately yes there are rare reagents that are harvested the same time as regular reagents what I mean is there is a chance when you harvest that Stone Block reagent in  Krokotopia there is a chance you'll get a rare harvest reagent in the form of a Fossil reagent which are normally hard to come by but remember every time you see a reagent pick it up cause it will be useful in the future. Happy Farming!
Posted by Alric Ravensinger at 11:54 AM