A big triple decker sandwich of an update! Yum! 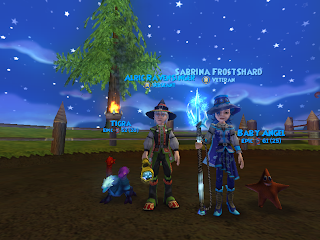 So as you all know I have taken a renewed interest in the Arena and PvP. Well I am happy to inform you all that I've been teaming up with the Unholy Trio which consists of Sabrina Frostshard; The Master of Ymir and the only woman to have thoroughly thawed my heart like a chicken in the sink. The soft spoken Southern Belle Autumn Fireblade whose quirky charming ways leaves her opponents dazzled before they feel the burn! Of course we can't forget my tia Cassandra Dragonheart; "The Queen of D!" Woman wonder! the Healer with a fiery passion! and me the tasty lovable blueberry stud muffin that I guess is the glue that keeps us all stuck together like a fly to a flytrap! :D

All my horrible descriptions aside we have been having so much fun doing Practice PvP matches getting up our team's confidence individually and as a team! We were confident enough to go to ranked for the first time ever as a team and we won our match! Sadly however, we lost our second one but do not fret my children for I have seen the light. The light is us building up more confidence especially for Autumn (A.K.A. Lady Blade) and Sabrina (A.K.A my sweetheart Alura). Now after Cass and Autumn (So hard to not just say Heather hehe) went to bed me and Sabrina decided to do our own "NightOwl" edition of PvP we fought some good teams and only had one bad apple or as my tia calls them "Arena Trolls".  Speaking of while we PvPed I got the chat with these fine ladies and it was so fun to banter back and forth and Cass giving tips I even noticed Autumn got into calling me Tio. You should hear it it's so cute hehehe.

I don't remember cause by the time I went off to bed it was already morning but I do believe we didn't lose a single match as a Balance/Ice duo. We Coordinated through the telephone and I must say I believe last night we were in sync the only team that had us on our knees was a Double Balance team but we eventually prevailed. All in all both me and Sabrina made PvP Veteran and I passed the 400 Arena Ticket mark.

Sabrina might say she is only doing this for the pets but I strongly disagree she had a spark a moment I believed she felt comfortable in her environment I asked her as well and she openly admitted she felt "secure" as Sabrina. I told her it was all about confidence overall that she needed and she did strut in her own ability to win the match.

I myself am more comfortable with my own skills and I am coming into my own play style which is defensive (Shields and Debuffs) and Small attacks. I utilize my new play style today against a Veteran Sorcerer as well
Removing debuffs from myself while shielding and doing small amounts of damage. He in the end Judged me after he had put up a feint on me but thankfully I have 30% resist to Balance and he wasn't able to take me out. I subsequently Healed with a Helping hands that hit for a Critical then a Critical Sprite the following turn. By turn 3 after the judge any damage he had done was healed off.

Pips wasted and open to attack I judged him back no blades no traps only Gargan for 2,704 to get me the win. He was a kind person and even asked me advice. apparently he and a other likes Timothy Lighttalon at our 2 v.s. 2 matches thought I was a PvP Warlord. I am not it's taken me months of practice PvP before I truly became confident in myself and in turn try to help my friends be confident. 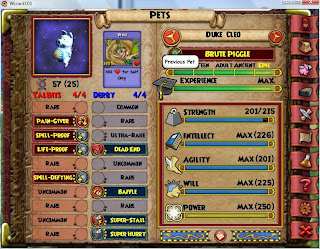 As far as pets go your pet loving Sorcerer has put them on halt for the time being. I haven't lost interest just at the present moment crafting, farming, and PvP have taken up a considerable amount of my time. I do have good news though I recently hatched a new Nightwalker (1) pet my 6th-7th one. It's parents both have Pain giver and my Nightwalker had Health gift but check out it's mother's stats pretty sweet huh? I will train up to Adult to see if I can pass down talents. 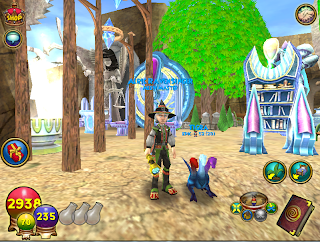 As for crafting I have been a busy dog and for hmm 3-4 days I've completed the required crafted items for the Celestian Observatory! Yay me! I have already begun to gather more reagents and craft more items for the house itself. All that I need now is faster cool down times and more gold hehe.

As for my recent post only being about PvP I apologize I haven't got any complaints yet but I do know quite a few of y'all like my Lore posts about various creatures in the Spiral and I promise to make another soon I was thinking of Ravens but of course I'll write about anything you guys would have suggested to me.